The influence of early years onto a person’s life

With the integration of neuroscience, developmental psychology, clinical psychology, bioenergetics…in past few years the perception is getting clearer of how and in what way experiences from the early childhood define a future of a person for a lifetime. Harmful experiences or not having the necessary child’s primary needs satisfied (neglect) in the first few months and early childhood, leaving the consequences on a lifelong behavior and experiencing of the surroundings and a self in an adult person of tomorrow.

Harmful experiences as children in a sense of a poor emotional regulation in a parent, of many yet common disciplinary methods and similar, are leaving permanent consequences on a personality formation in the sense of: unworthiness (conscious or subconscious), emotional immaturity, explosiveness, “short temper”, “bear and explode” mechanism, weak social skills, inner restlessness, depression, anxiety, panic attacks, need for outer regulation (drugs, cigarettes, alcohol, pills, workaholic, shoppingaholic…), lack of empathy, incapability of experiencing others, emotional numbness or excessive emotionality, suppressing emotions, narrow-mindedness, poor affect regulation, regressive point of view, perfectionism, black and white picture of the world, need to always have a point, narcissist, a sense of not belonging, painful loneliness…all these usually lead towards having problematic behavior in emotional relationships and generally in social interactions, making our life of lesser quality. These are the problems of all normal people, and one doesn’t go to a doctor on their account, accept when escalating, but they are ruining the life quality and with time they start to influence our psychic and physical health.

TSuch harmful experiences disable a complete development of a child’s brain, realization of integrity of all operating parts and by such disabling realization of the full potential of a person. Besides, such painful emotional experiences remain deeply “engraved” into our brain circuits and when activated again in adulthood, too strong (overwhelming) emotional (physical) reaction is raised. This would explain many problematic behaviors of a person remaining barely acceptable or comprehensive to oneself as even to others. We don’t even have to recall those harmful experiences, however the subconscious will raise the turbulent emotional reaction when inflicted to that emotional wound formed ages ago, even before the memory was created. 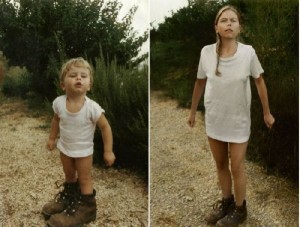 The understanding and ways of approaching a developmental trauma

The problem stands exactly in the fact how such emotional wounds reflect so destructively onto a child’s brain, and precisely on account of a unique intensive formational phase it gets extremely fragile and sensible. Numerous new neuroscientific cognitions are proving how a human brain is being shaped and formed through experiences in the early period and according to those depends the success of brain integration.Integration can be perceived as better or weaker wiring and connection between single operating parts of the brain. In the absence of conditions needed for development and integration received from the caretakers, some parts and operations of the brain can only partially realize its full developmental potential, what can be observed from the outside in adulthood as inappropriate behavior and inner issue described above…, while in worse cases, with a severe psychosomatic disorders, a subject described a lot by Dr. Allan Schore and Dr. Daniel Siegel.

So it all comes down to the early period?

Harmful and horrible (traumatic) experiences (war trauma, rape, accident …) take place even in adulthood. After such events people may have psychological problems and consequences like PTSD, but the part that hadn’t been taken under consideration till recently is the fact how people inclining to PTSD are those who in the early childhood have had an experience of the early developmental trauma. Caused by bad early experiences they are more vulnerable and fragile in a situation of later traumatic experience. People with a better childhood after a traumatic experience in adulthood would recover a whole lot easier from those who experienced early developmental trauma and continued to have severe psychological problems. These kinds of issues can be observed and explained through different manifesting aspects: disturbed biochemistry (hormones and neurotransmitters), psychological, neurological or emotional issues, disturbances in bioenergetic system… and for every aspect of manifestation to search for the solution in the concept that we personally trust more. Our approach tends to see all these monitoring methods as equally valuable and complementary, and with their integration we get a synergistic affect and a possibility to get a more complete picture of a person’s functioning as a physical, psychological, energetic and spiritual being, and by such, gets easy to find a more acceptable approach to help a person.

Through many researches as confirmed in practice today is clear how the major part of all psychological, behavioral, health and emotional issues in adulthood have their roots in the early period of which we often don’t have the recollection. Exactly this lack of explicit memory and subconscious will, a need for a good picture of our own childhood, a positive picture about parents, as even mechanisms of dissociation or suppression of the painful experiences and incapability to look inside a self, for majority of people represents an obstacle in perceiving and solving harmful experiences that defined them. It is encouraging to see evidently a growing number of people who can do it and want to do it, as even in recent years the fact to see a growing knowledge and with such a clearer picture of a needed parenting, and yet developing approaches in dealing with the early developmental trauma consequences.

Our work is totally devoted to integration, enhancing and expansion of knowledge about early development as to formation of the most efficient approaches for solving the consequences of an inadequate early development.

Early developmental trauma and emotional neglect of a child as the most common aspect are representing the most significant single source to the largest number of psychological and somatic illnesses during a lifetime.

You can share this story by using your social accounts: